The sweet and unassuming Tom Keen began his career on The Blacklist as a humble school teacher in a marriage filled with love and affection. However, that seemingly normal visage shattered almost immediately, furthering the show’s motif that everything – and everyone – is not always what they seem. Though it can be tricky to navigate all the different twists and turns the writers of the show have for all their characters and stories, we at Nerds & Scoundrels have compiled a list of ten of the most important facts you should know about this character. Check out the top ten Tom Keen facts every fan of The Blacklist should know!

Below are ten facts about Tom Keen, in no particular order.

Though actor Ryan Eggold’s most notable role might be his character on The Blacklist, the 35-year-old actor has a long and impressive list of film and television credits behind him. The California native graduated from the prestigious theater arts department from the University of Southern California in 2006, and earned recurring roles on popular programs like The Young and The Restless, Entourage, and Veronica Mars.

Eggold became known for his series regular role as the sex education teacher “Ryan Matthews” in The CW’s 90210 from 2008-2011. He began playing Tom Keen on NBC’s The Blacklist beginning in 2013. Eggold has also starred in films like Into the Dark, Behind Still Waters, and BlacKkKlansman. In 2017, he wrote, directed, and produced the feature film Literally, Right Before Aaron which starred Justin Long and Cobie Smulders. 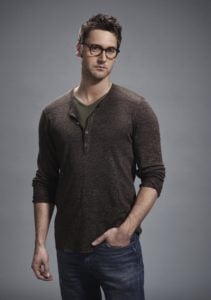 Tom is Elizabeth “Liz” Keen’s (played by Megan Boone) husband, who he’s been married to since the start of the series. He is a fourth-grade elementary school teacher while Liz has just taken a job with the FBI. The two of them live together in their apartment and appear to be very much in love. However, their marriage is not all that it appears to be on the surface…

8. He was hired by Red to watch over and protect Liz.

Raymond Reddington (played by James Spader) hired Tom when he was an adult to watch over Liz and keep her safe. While he accepted the job initially with no romantic feelings towards Liz, he later admits to having genuinely fallen in love with her during their marriage. Liz is upset and heartbroken by this revelation, obviously. However, during an emotional conversation between the two of them, she admits that she’s always known that his love for her and the life they built together was real.

In addition to the revelation that his marriage to Liz was built on false pretenses, the show writers later revealed that “Tom Keen’s” identity was as well. “Tom” was originally born as “Christopher Hargrave” and grew up in Couva. At the age of three, he was kidnapped as a child from his parents, Susan and Howard Hargrave.

If two names weren’t enough, “Christopher” went on to become “Jacob Phelps” when he ended up in foster care. However, at the age of 14, he was recruited by a blacklister and underground spy trainer known as “The Major.” He was taken in to be groomed for covert operations. It was through The Major that Reddington found Christopher/Jacob/Tom and hired him to insert into Liz’s life.

5. He was fired by Red after developing feelings for Liz.

Though Red thought “Christopher/Jacob” would be the perfect candidate to watch over Liz, things got complicated when Tom fell in love with her. In light of the complications, Red fired Tom. However, because he wanted to remain with Liz, Tom found a way to make it work by making a deal with KGB Colonel Miles Kirchoff. The Major later reassigned “Jacob’s” contract to Milos. Afterward, “Jacob” assumed the identity of Thomas Vincent Keen.

4. He has dreams of becoming a fisherman.

In lieu of his crazy and tumultuous upbringing, Tom is at heart a pretty simple guy. He later admits to Liz that he has humble aspirations to become a fisherman. This was a wild departure from his life of false identities and covert operations.

3. Both of his parents are alive.

Susan Scott “Scottie” Hargrave is the co-head of a secret military intelligence firm, Halycon Aegis. His father, Howard Hargrave, is being held in a mental hospital. He previously thought his father was dead, due to his mother faking her husband’s death earlier on.

2. He briefly left The Blacklist to star on the spinoff show.

In 2017, Tom Keen left The Blacklist to star on the spinoff program, The Blacklist: Redemption. The show focused on Scottie Hargrave and Tom Keen.

Unfortunately, Tom is no longer a character on the show. After a faked death in an earlier season, the 5th season was officially his last. Tom died in Season 5, Episode 8 “Ian Garvey,” after a violent struggle with Garvey in an attempt to save Liz. Red and Dembe arrive to save him, and though they succeed in recovering Keen, it’s after he’s already lost a lot of blood due to serious stabbing wounds from Garvey.

Red rushes both Tom and Liz to the hospital, despite Dembe’s concerns that Tom won’t make it. At the hospital, Liz enters a coma while Tom flatlines. Ten months later Liz wakes up from her coma. There, she is greeted by a respondent Red who tells her that Tom has died. And just to make it finite and certain that his character is truly gone, the episode ends with Cooper standing over Tom’s dead body in the morgue.

And that concludes our Tom Keen Top 10. Did we leave anything out? If so, don’t forget to let us know in the comments!

The Blacklist: 10 Things to Know about Aram Mojtabai