Critically acclaimed and commercially successful RPG Skyrim excels in a variety of ways as a video game, but one of its amazing features is the vast selection of races, skills, and overall unique gameplay styles the game has to offer. One popular and fun skill to try out is Conjuration, which can allow players to summon powerful beasts to aid them in battle. While it lacks the direct damage dealing with destruction spells in Skyrim, the potential for offensive power is there. It is one of the six skills that fall under the Path of Sorcery or The Mage constellation of skills. Players can raise their ability by casting Skyrim Conjuration spells once enemies have detected the caster. With so many available Conjuration spells to choose from, it can be difficult which ones are worth your time trying to master.

Below are the top ten conjuration spells in Skyrim, in no particular order. 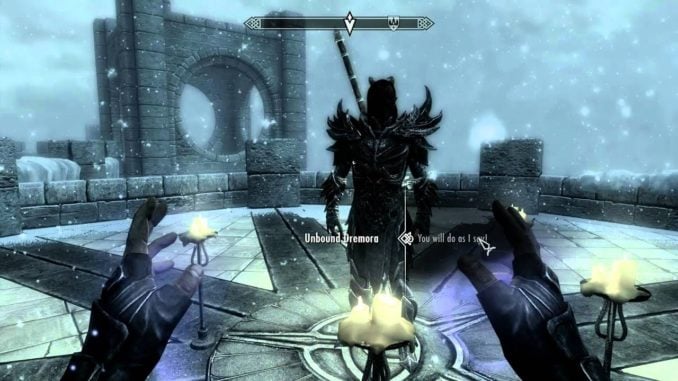 “Summon Unbound Dremora” is a strange conjuration spell. It’s a novice-level spell that for some reason requires a conjuration level of 90 before players even have the ability to obtain it. Despite its strange requirements for acquiring, the Dremora that is summoned will help players immensely in battle. So if you make it to level 90 in conjuration, be sure to speak with Phinis Gestor to receive this weird yet powerful spell. 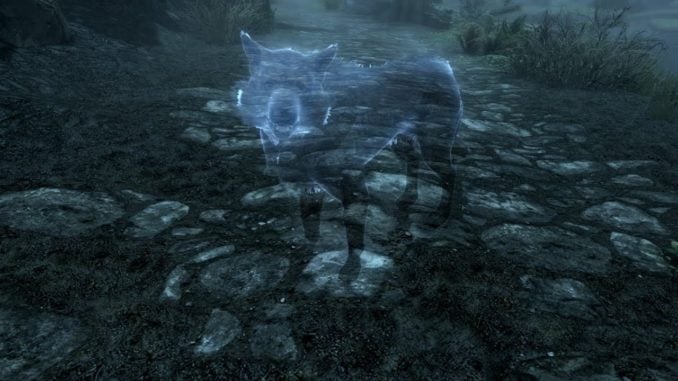 As the name implies, the “Conjure Familiar” spell will bring forth a Familiar who can help you take down enemies of all shapes and sizes. If your character is part of the Breton race, they’ll have this spell at their immediate disposal as it’ll be their starting spell. Not a part of the Breton race? Fear not! You can simply buy this spell from a vendor for a very cheap price. It’s also a novice-level spell, making it a great choice to use during early battles when you’re still leveling up. 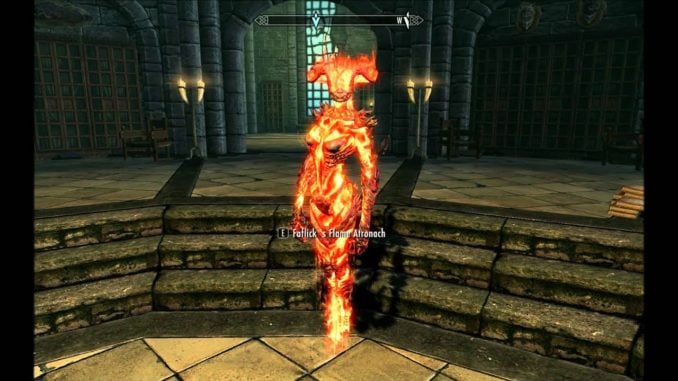 Another great one to have at the ready, “Conjure Flame Atronach” summons an aggressive fire creature with a high DPS who will attack opponents with fireballs until it explodes into a fiery mess upon death. Summoning a flame atronach is a great option if you’re trying to take down opponents from far away, take down enemies quickly, or both! They’re also a great option if you’re trying to take down groups of opponents as well. It’s an Apprentice spell, but a surprisingly effective and combative one. But alas – all good things must come to an end. The flame atronach only lasts about 60 seconds before it self-destructs. Be sure to get away from it before it explodes though; even though it’ll do some damage on your enemies, you’ll find yourself scored and bruised too if you’re standing too close. 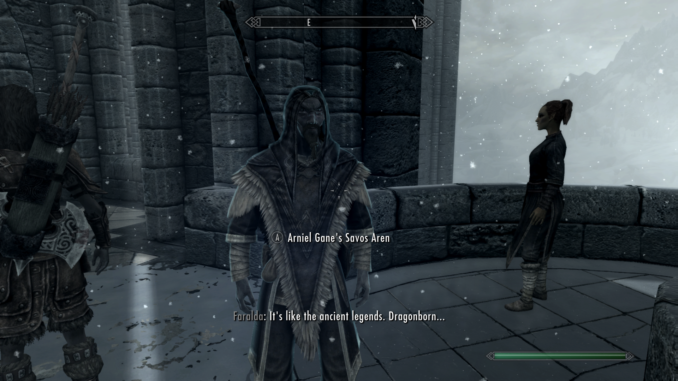 If you’re willing to embark on a long and time-consuming quest to assist mage Arniel Gane in his experiment to explain the disappearance of Dwemer, then “Summon Arniel’s Shade” is another imperative spell. If you’re not willing to embark on “Arniel’s Encounter” quest, you should really rethink that, considering how good this next spell is. Completing the quest earns you the ability to summon Arniel’s ghost. As a ghost, he’s immune to physical damage and poison. If that wasn’t cool enough, he’s also a pretty great fighter, and you can count on him to cast fire and shock damaging spells against opponents. With a Conjuration level of only 25 needed to use, it’s not a bad idea to get this spell as early as possible. 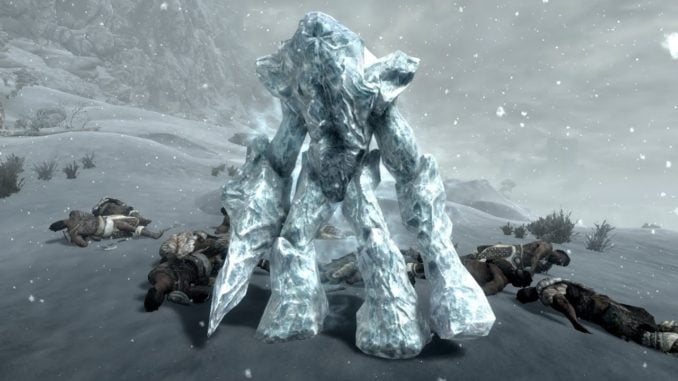 Much like the flame atronach, the “Conjure Frost Atronach” spell will summon a powerful being who will assist you in battle. But unlike the flame atronach, the frost atronach will last twice as long, for 120 seconds. You’ll need to reach a conjuration level of 40 in order to use this spell, which can be obtained by talking to Phinis Gestor. After purchasing the spell off of him, use this bad boy against mages in battle. Be warned that after his 120 seconds are up, the frost atronach will explode. Good news: the explosion will deal a ton of damage to enemies around him. Bad news: if you’re standing too close, you’ll get hit with an aggressive punch as well. 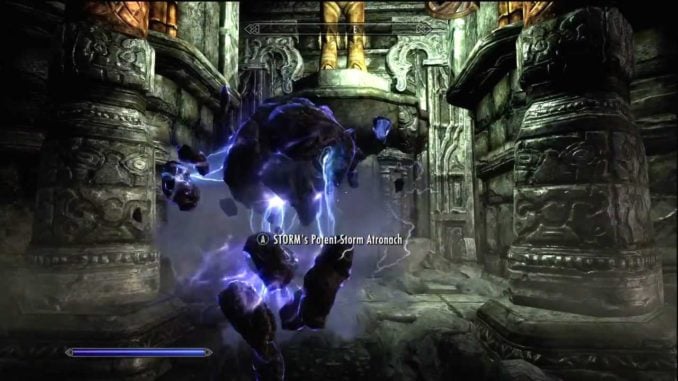 If you thought the flame or storm atronach was impressive, then wait until you hear what the “Storm Atronach” can do. As its name implies, the storm atronach has the power to cast powerful Lightning Bolt and Chain Lightning spells, which are considered two of the most powerful destruction spells in the game. Especially when it comes to taking down large groups of enemies all at once, you’ll want to have these two spells at the ready. Similarly to the frost atronach, the storm atronach will last around 120 seconds. However, if he’s killed before his time runs out, he’ll explode. “Conjure Storm Atronach” is an Expert level spell. 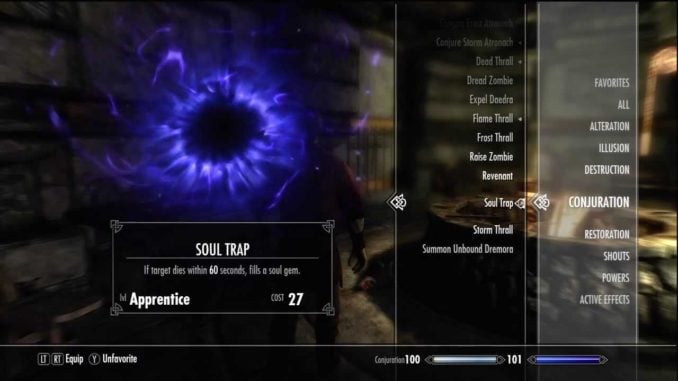 “Soul Trap” is an Apprentice-level spell that can help keep your enchantment items fully charged, something you shouldn’t take lightly. When battling an enemy, use the soul trap spell to capture them in a soul gem, which only happens if the enemy is killed at least 60 seconds after the spell is cast. This will trap the enemy in a soul gem, which will help charge your enchantments on the go. It’s not a particularly strong spell, but the resulting benefits will help you out in the long run. 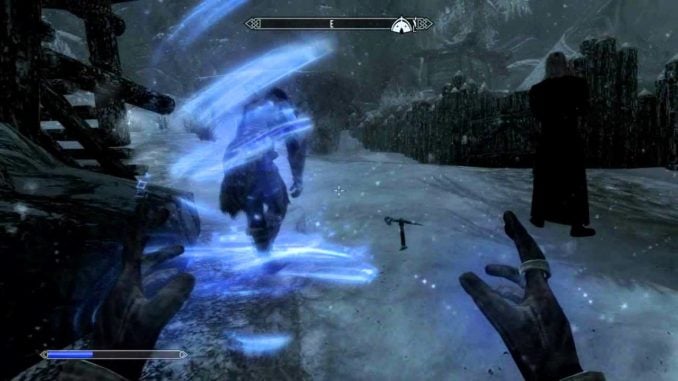 Conjuring atronachs may be useful, but they’re barred by a time limit. Luckily, the “Dead Thrall” spell cooks up another aggressive fighter to help you out, but this time there’s no limit on how long they’ll stay with you. “Dead Thrall” revives a humanoid to help you in battle. As long as they don’t get killed, you’ll have a semi-permanent fighting companion with you at all times. This spell can be purchased from Phinis Gestor, but note that you’ll need to complete the Conjuration Ritual Spell before you’re able to use it. 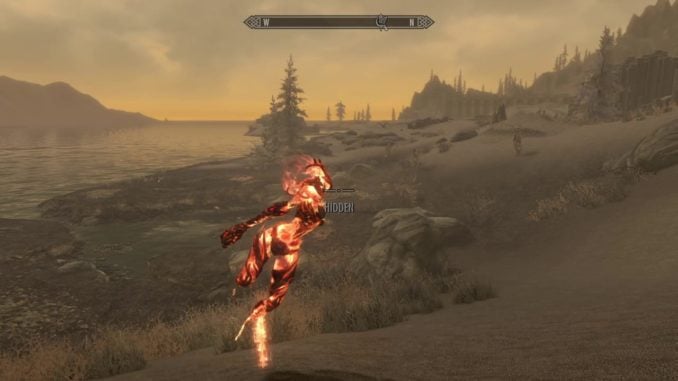 Like the “Dead Thrall” spell, the “Flame Thrall” spell cooks up another strong fighting companion with no time limit. It has the potential to deal out high numbers of damage as well as a high number of health points. However, note that you’ll need a Master level in Conjuration before being able to cast this spell. Make sure to complete the Conjuration Ritual Spell so you can purchase this from Phinis Gestor. 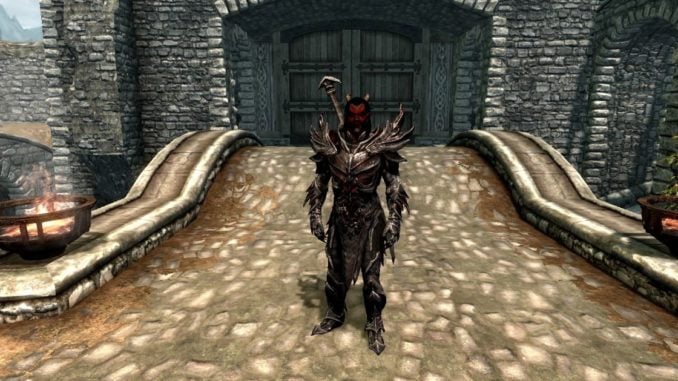 Once again, this conjuration spell will summon another being to help you in battle. But the “Conjure Dremora Lord” summons one of the most powerful warriors to fight with you. The Dremora Lord is amazing in close combat, possessing the Daedric Greatsword of the Inferno, along with exceptionally high health and heavily guarded armor. That kind of skill level doesn’t come easy though, and you’ll need to be Expert level on conjuration in order to use this spell. But once you reach that level, the Dremora Lord will take down any enemy who comes in your way.