Whether you choose to practice it or not, magic is undeniably a huge part of the epic world that is Skyrim. It can appear in the hands of your opponents as they cast spells in attempts to kill you; or in your own hands as you charm, summon, and conjure ways to emerge victorious in battle. When it comes to spells that deal heavy damage that will render your enemies powerless, Destruction spells are often the way to go. They’re a key part of offensive magic combat, effective in battle, and also overall pretty fun you can have when casting spells. While not as creative as some Skyrim alteration spells, these spells pack the most punch offensively. With so many available Skyrim Destruction spells to choose from, it can be difficult which ones are worth your time trying to master.

Below are the top ten destruction spells in Skyrim, in no particular order. 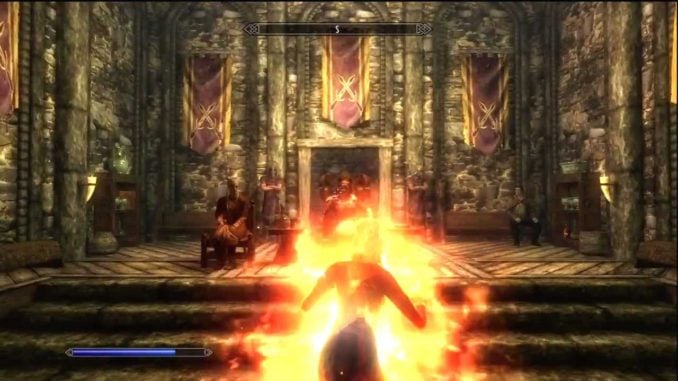 The Flame Cloak surrounds your Dragonborn in, you guessed it, a firey and powerful aura. It’ll burn nearby enemies, and while the initial damage may not seem like anything special, if your opponent is already on fire this spell will definitely do a number on them. It’s a great spell for battle mages and melee fighters, and the cloak will last for about 60 seconds before disappearing. Additionally, it’s an Adept level 50 skill, so keep that in mind. You can procure it by purchasing a spell tome from Faralda at the College of Winterhold or from a Court Wizard after surpassing Destruction level 40. 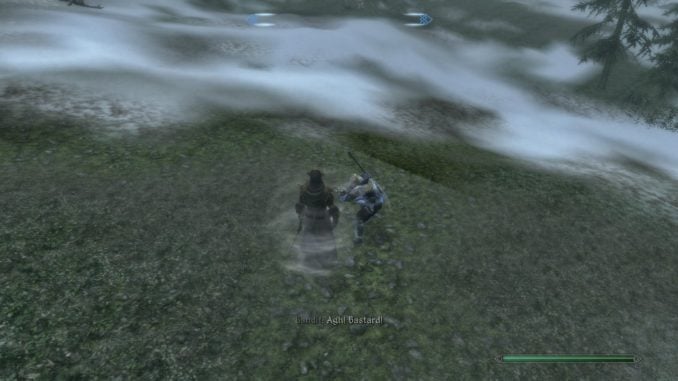 Similar to the Flame Cloak, this spell surrounds your Dragonborn in a swirly mist of whirlwinds. Yes, it’s hilarious; but it’s also incredibly powerful. The whirlwind generated can hurl any melee attackers far away from you, making it a great choice for destruction mages and melee fighters. Like the Flame Cloak, it lasts for about 60 seconds. Note that you can only obtain this spell if you have the Dragonborn DLC. It’s also an Adept level 50 skill and can be obtained from Talvas Fathryon after completing the “Wind and Sand” quest. 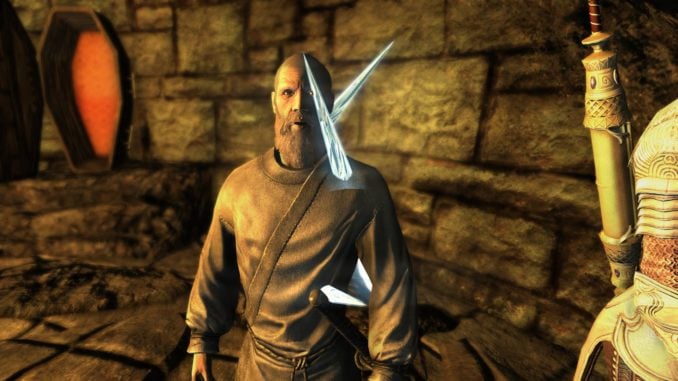 Another fun spell to use and watch, the Icy Spear creates and fires a sharp icy object at enemies, which can deal significant damage to your opponents’ health and stamina. Though it may be tricky to hit your target exactly, especially when it comes to fast-moving or small targets, if you can manage to hit your enemies you’ll reap the benefits instantly. Be warned though that this is an Expert level 75 spell and can be purchased from Faralda at the College of Winterhold.

Combined with the aforementioned Flame Cloak, Ignite is a powerful spell that can be used to literally melt your opponents and boost your own destruction level. It shoots a fire projectile at an enemy, which sets them on fire. While the initial damage may be low, the flame lasts for a good 15 seconds, which gives you plenty of time to use other spells to maximize damage. Or, if you’re feeling lazy, you can also simply run away as they burn to death. It’s an Apprentice level 25 spell and can be obtained by wearing Ahzidal’s RIng of Arcana found in the Kolbiorn Barrow. 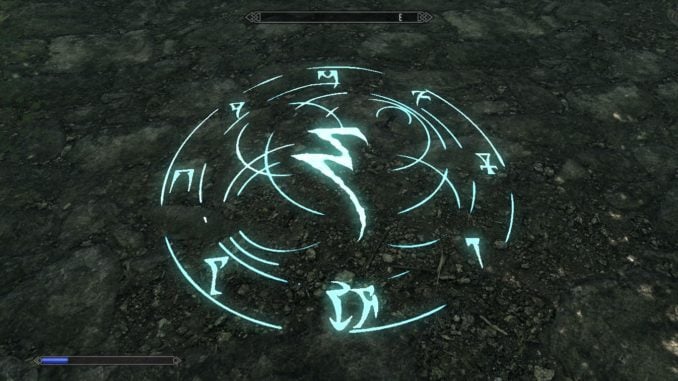 Frost Rune is a magic rune spell that creates a frosty trap on the ground. Simply conjure the rune and watch it explode as enemies get close to it. And unlike other spells like it, such as Lighting and Ash Runes, the explosion will slow impacted enemies down, making it easy for successful follow-up attacks and ambushes. This spell can also be obtained from Faralda. 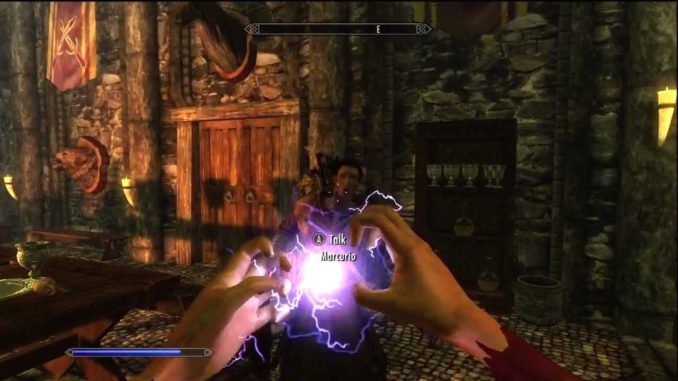 If you’re looking for a spell to quickly and effectively take down large groups of enemies, Chain Lightning is the way to go. It will shock nearby enemies and bounce to nearby enemies, making it a useful spell when dungeon grinding against groups. Additionally, it hits the magicka stat, which makes it effective against spell users. And if you’re worried about not being able to accurately hit your target, you’re in luck, as Chain Lightning will bounce around to targets even if you miss initially. Plus, it’s pretty fun to watch. It’s an Adept level 50 skill that can be purchased from Faralda once again. 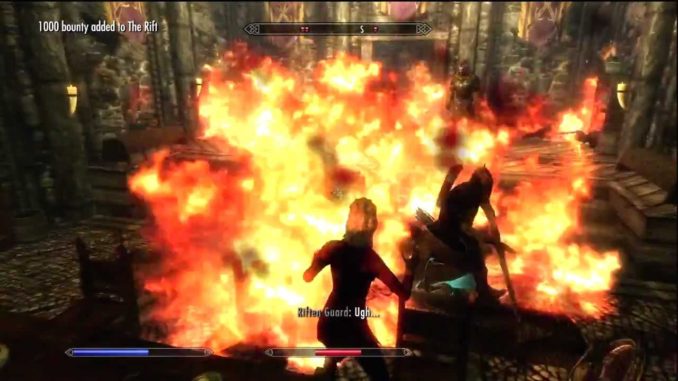 You can’t go wrong with any of the wall spells, but the Wall of Flames is particularly incredible. Cast the spell on the ground to create a huge all of fire that inflicts 50 points of per damage per second, making it a highly effective spell for players on the defense. It’s an Expert level 75 spell and can be obtained from Faralda or Drevis Neloren at the College of Winterhold. 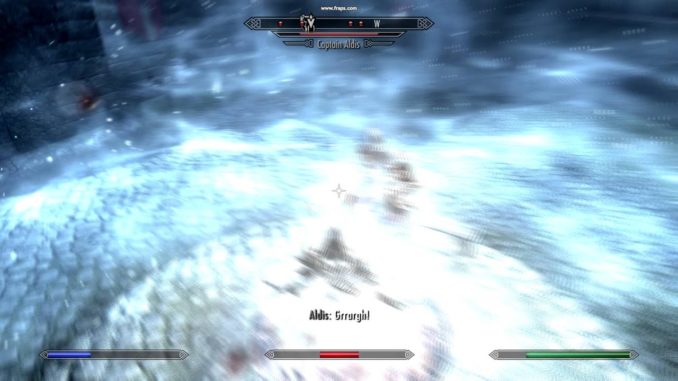 A particularly awesome spell, Blizzard creates an insane ice storm capable of dealing huge amounts of damage over a large amount of area. Though it takes some time to charge and does a hefty amount of pain to the caster if you find yourself caught up in its frosty grip, it’s certain to inflict some heavy icy damage to your opponents, as well as bring down enemies’ speed and stamina stats. Note that it’s a Master level spell, and you’ll need Destruction level 100 to use it. Complete the “Destruction Ritual Spell” quest from Faralda in order to obtain this spell. 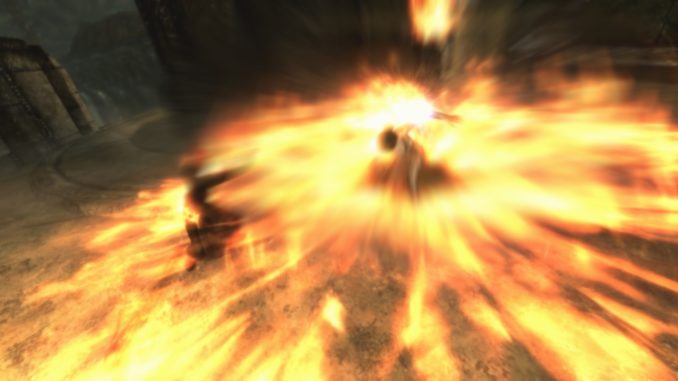 On the flip side of an icy blast, we have Fire Storm, which causes 100 points of damage to any enemies within the radius of this firey explosion. Though the spell requires a significant amount of effort to charge up, it has the capability to completely clear out enemies. It’s basically a nuke in the form of a spell. Like the Blizzard spell, it’s a Master level spell that requires Destruction level 100 to use. Just complete Faralda’s “Destruction Ritual Spell” and boom. Literally. 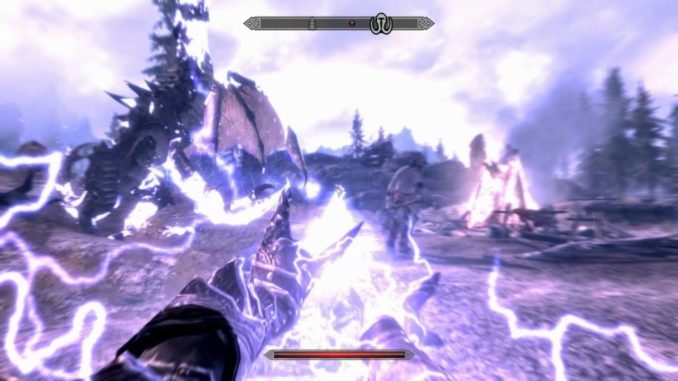 Truly, you can’t go wrong with any of these powerful storm spells. But the Lightning Storm, which conjures a continuous stream of lightning strikes that deal 75 points of damage per second to health and half to magicka is pretty hard to beat. You can use this spell to slay powerful dragons and monsters. It’s a pretty difficult spell to use in battle, and you’ll need to complete the “Destruction Ritual Spell” quest and reach level 100 in Destruction. But you’ll basically be untouchable.

And that concludes our Skyrim Destruction Spells Top 10. Did we leave anything out? If so, don’t forget to let us know in the comments! And be sure to check out our Top 10 Skyrim Conjuration Spells!

The Top 10 Best Arrows in Skyrim