Wizards are arguably the strongest class in Dungeons & Dragons 5E. They come with insane magic, great ways to restore spell slots, and DCs that climb high into the sky. However, in order for your Wizard to reach its maximum potential, it’ll need a bit of help. The Dungeon Master’s Guide has you covered, thankfully! These are the Best Magic Items for Wizards 5E Guide that are allowed for every campaign that you come across.

Thanks to the Wizard’s impressive magical resources, your magical items will be doing three things; improving your magic, giving you more magic, and making sure you don’t die. Thankfully, Wizards are actually shockingly good at getting easy access to all three of these types of magical items. These are some late and mid-game items that you can (and should) get your hands on.

Elven Chain is unique. While it is medium armor, it does not require any proficiency to use. That makes it a very good mid-game item! You can completely ignore Mage Armor from now on; you just have 14 + up to 2 AC from this armor. If you like Mage Armor and have nothing else to spend Level 1 spells on, Bracers of Defense can work just fine. And you’ll want those bracers, just in case you get a really cool and awesome robe…

Robe of the Archmagi 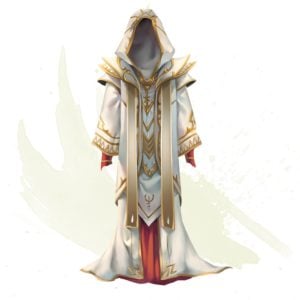 This is your end-game armor, and it does so much. Just to start, it gives you 15 AC to work with, with no Dexterity cap. That’s a crazy base armor, and you can improve it to 17 with Bracers of Defense! On a Wizard! But, that’s not all. This robe also gets anti-magic; advantage on saving throws against spells and magical effects. Finally, you get a +2 to your Spell DCs; the only way to boost your DCs magically in the generally accepted DMG. Extremely strong, even if you do get Tasha’s content.

Staff of the Magi

The Staff of the Magi is a generally powerful weapon for your end-game shenanigans. With a +2 to Spell Attack rolls, it seems a little weak. But, it can nullify magic if it has missing charges and if the magic only targets you. What an insane reaction! Then, you can spend those charges on a wide variety of damaging or utility spells. If that wasn’t enough… You can even nuke your enemies. Though, that last part is more of a suicide bomb. Be careful!

Wand of the War Mage

This wand just gives a small buff to your attack rolls. Best for Cantrips, but by no means bad for your spells! Attacks like Scorching Ray or Disintegrate very much appreciate this bonus! If your DM is implementing Tasha’s content, then replace this with an enchanted Arcane Grimoire.

In the worst case scenario, putting your hands on a Weapon of Warning isn’t going to be the worst thing in the world. A Wizard going early in a combat encounter is crucial, and can easily swing the whole encounter into your favor. So, if your only option is a magical weapon that you’re not even proficient with that gives you 2d20s to throw at the issue… That seems like a pretty alright last resort!

For a Wizard, Winged Boots are definitely a “if I must” pick. Wizards have easy access to Fly and have plenty of options to otherwise move around a battlefield. However, these boots save spell slots and keep you safe from melee attackers. It’s perfectly reasonable to use these for Flying’s benefits until you have so many spells, you just have to cast Fly.

Permanent invisibility? On a Wizard? That’s too good of a reference to pass up on! Not only can you join the Wonderful Wizarding World, but this invisibility is cheap! If your enemies don’t have the ability to see through it, you just get to cast spells with permanent disadvantage on attacks against you. And, with clever use of magic, you might be impossible to track down! Great, fantastic magic item to keep you safe.

Very simple, here. The Mastery Ioun Stone boosts your DC by 1. With the Robe of the Archmagi, Arcane Grimoire, and this, your DCs jump up by 6. 6! That’s an insane boost, and makes your magic nearly impossible to resist. If you just need to decimate your enemies (and your DM’s will to deal with magic), this stone is useful.

Wizards have a lot of spells to work with. You get your normal spell list, and then Arcane Recovery just to get you a few more. The Ring of Spell Storing gets you 5 more levels of magic to play with. That can be important for long dungeons where Arcane Restoration just isn’t enough. The Ring should be stored with whatever you cast on a day-to-day basis, like important spells or good emergency options. 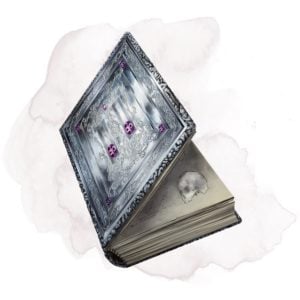 You get the Intelligence tome. That’s just final. The Artificer can say that their Intelligence affects more than you, but… That’s just not true. It’s so important for you to get your DCs up, and your Intelligence still improves your School skills. While an Artificer certainly has reason to get this item, you definitely hold dominion over it as a Wizard.

The Wizard is basically hoping to turn into an utter killing machine with their magical items. Utility is important for them, but it’s not critical. And you can get some defensive items, but you are really wanting the juicy stuff that helps you crush enemies with magic. So, make sure to prioritize a healthy mix of items that keep you alive and keep your enemies dead.