Aggressive type spell-casting is a popular approach to using magic in Skyrim, but what about magic that messes with the mind? The Illusion spells in Skyrim do just that. They’re a versatile bunch of spells that can do everything from guide players, buff allies, and take down entire dungeons. With so many spells to choose from, it can feel overwhelming to figure out which ones are worth perfecting. Luckily, we’ve got you covered. We at Nerds & Scoundrels have compiled a list of ten of the best Illusion spells in the game. Check out this list of the top ten Illusion spells in Skyrim!

Just as the name would imply, Clairvoyance guides the player towards their next objective. It’s an incredibly useful spell, especially for newer players who might need some extra guidance when figuring out where to go. But for experienced players, it also has the potential to be helpful when figuring out the best path to take. It’s a bit of an expensive spell, costing 25 Magicka a second, but it is a Novice-level spell that can be used really at any point in the game. Plus, continually casting it is a quick and easy way to reach Adept or Expert Illusion levels. 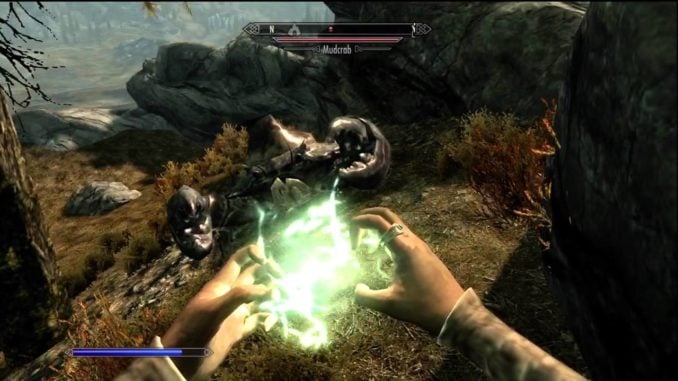 Like Clairvoyance, this next spell may not necessarily help when battling opponents, but it’s still useful to use when facing enemies. Calm will placate enemies, making it easy to slip away and preventing an attack when you’re not ready. It’s a good spell to use if you ever accidentally find yourself in the middle of a fight without proper preparation. Plus, it’s only an Apprentice level spell, so you can use it early on.

It you’re looking for a spell to use against large groups of bandits or other enemies, Frenzy might be the way to go. It forces all low-level creatures and other human enemies to attack anything within a fifteen-foot radius for a full sixty seconds. This spell may only affect enemies up to level fourteen, but you reach Adept level, it’s not a bad spell to try out. 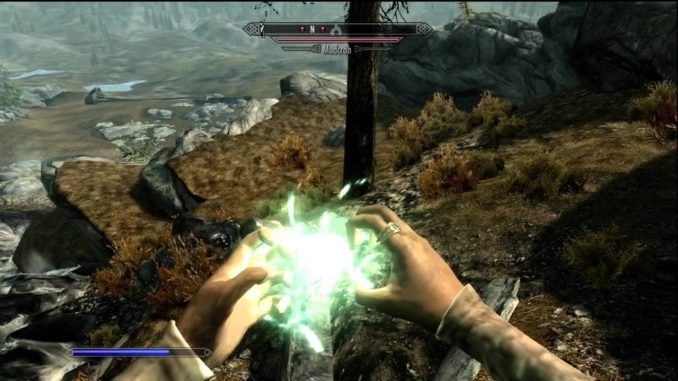 What’s the use in having allies if they’re not gonna stick with you through thick and thin during a fight? Rally gifts your tired allies with newfound energy by granting a health and stamina buff to your nearby allies, plus grants them immunity to fear. While the actual bonuses may seem small (25 points for the health and stamina boosts), during a crucial battle, anything can help. Plus, it affects multiple people rather than just one target, and is useful to use on your companions or on a small accompanying army. Players can cast this spell once reaching Adept level. 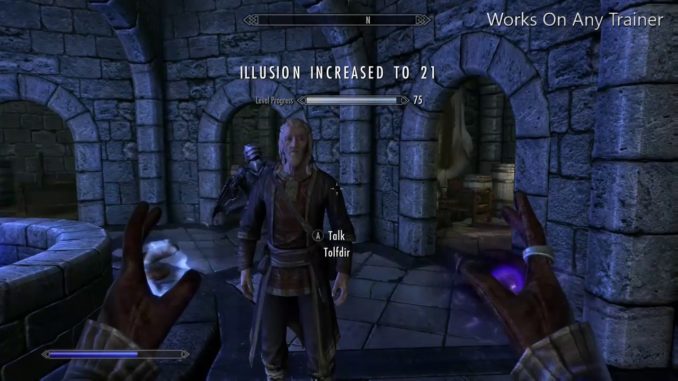 Nothing worse than trying to stealthily approach an enemy only to be given away by your sound. Muffle helps out with that problem, by literally muffling your movement noises for three whole minutes! Use this spell to make your surprise attacks the most effective they can be. And for players with high Sneak ratings and perks, this spell will grant you the ability to practically run right past enemies without them noticing. Plus, it’s only an Apprentice level spell, meaning you’ll be able to take advantage of it and use it in no time.

Wouldn’t it be great to inflict fear and terror in your enemies without even pulling out your sword? Hysteria can help you achieve just that! Cast this spell and watch all your enemies (level 25 and below) become so terrified they immediately flee the battle for 60 seconds. Be aware that this spell does leave you in quite a vulnerable position, as it takes both hands to cast, but it does cover a wide area and has the potential to affect every single enemy in sight. You could literally raid an entire dungeon easily. 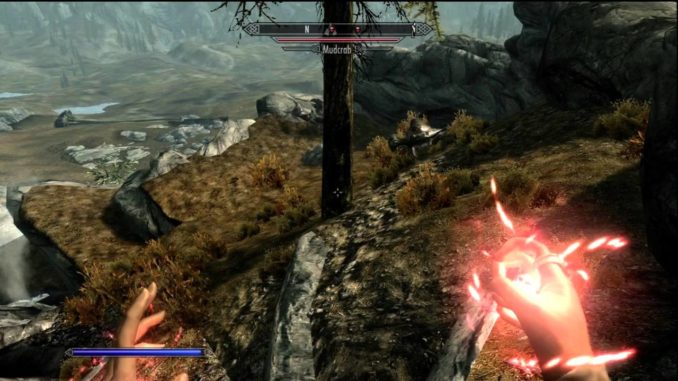 Similar to Frenzy, Fury will cause surrounding enemies to attack other NPC’s and players in sight, but it only affects enemies level 6 and under and lasts for about 30 seconds. It’s also less effective than Frenzy. Still, it’s a Novice level spell and way cheaper than Frenzy, so it’s a good option if you need to create chaos quickly. It also has the potential to be upgraded to affect enemies up to level 20, which is pretty awesome. 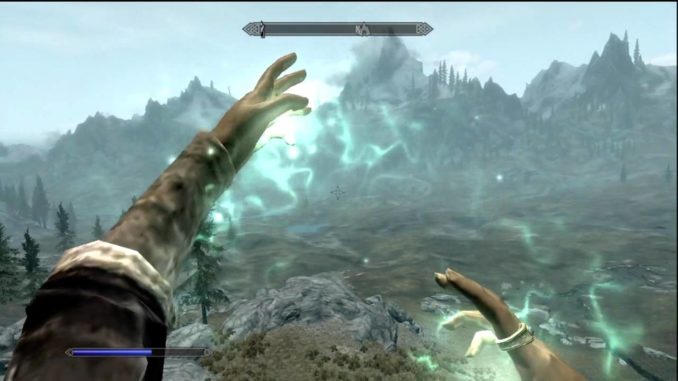 If you thought increasing your allies’ health and stamina for a bit by using Rally was good, what about increasing all of your allies’ stats for an entire ten minutes?! Call to Arms will do just that, upgrading your followers to pretty much invincible-level status. Sure, it’s a Master level spell, so it’ll take you a while to be able to cast it. But once you can, it’s pretty great. 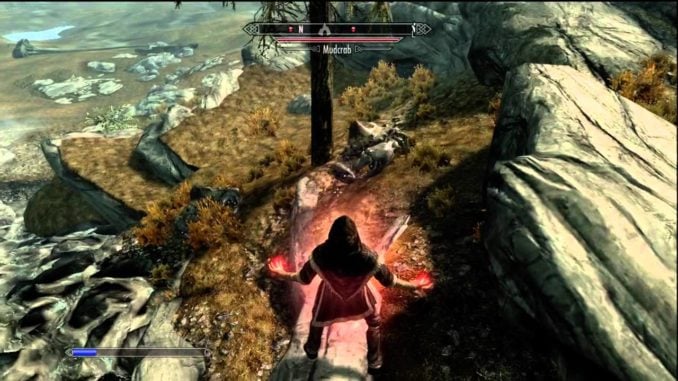 Want to watch the entire world erupt into chaos before your eyes? Use Mayhem, which will cause anyone up to level 25 to just start mindlessly attacking each other until everything erupts into complete pandemonium. Firstly, it’s hilarious to watch; but more importantly, it covers a much larger area than Fury, giving you the power to basically clear out the entire dungeon with one spell. 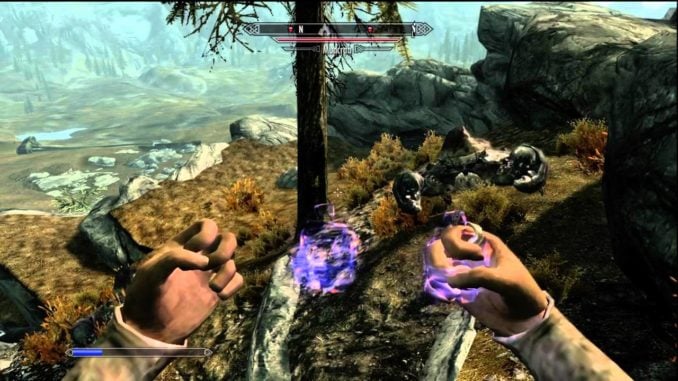 This last spell is probably a no-brainer, but it’s on this list for a reason. Invisibility literally hides you from all of your enemies, making you the ultimate stealth fighter. Use this with Muffle, and you’re practically untouchable. Sure, it’s an Expert level spell, so you’ll need to spend some time leveling up before you’re able to use it. But once you can, have fun launching the craziest stealth attacks on your enemies. Especially combined with a bow and arrow for some long-distance stealth shots? You’re basically guaranteed to come out on top.

And that concludes our Skyrim Illusion Spells Top 10. Did we leave anything out? If so, don’t forget to let us know in the comments! Need more Skyrim action? Check out our Best Destruction Spells in Skyrim.