When it comes to characters that move us in video games, Mama in Death Stranding seems to grab people. This iconic Kojima game is full of interesting characters, and its use of Norman Reedus in the lead role is revolutionary. However, he is not the only well-known actor in the game’s cast. So who is the Death Stranding Mama actress?

Death Stranding Mama Actress – Who is She?

In Death Stranding, Mama is played by Margaret Qualley. Born in 1994, she is the daughter of famous actress Andie MacDowell. In the beginning of her career she sought to be a model and ballerina before shifting into acting. 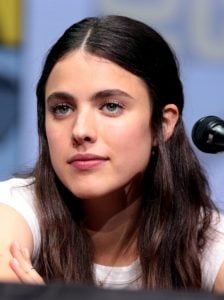 Her first big break was in HBO’s The Leftovers, but she has had several career successes in the few years she has been active. Qualley played Ann Reinking in FX’s Fosse/Verdon, which earned her an Emmy nomination for Outstanding Supporting Actress in a Limited Series.

In addition to these works, she has also been in Once Upon a Time In Hollywood, Death Note, and The Nice Guys. Death Stranding is her first foray into doing screen capture or voicework in a video game.

Death Stranding is the first game from Hideo Kojima since Kojima Productions’ disbandment from Konami in 2015. One of the most popular game designers of all time, Kojima’s most recent game has been highly anticipated for some time. In addition to Margaret Qualley, big names like Norman Reedus and Mads Mikkelsen also signed on for the project. Upon release, the game has received positive review for its incredible art and deep-but-weird gameplay.

And that, my friends, should answer any questions you have about who plays Mama. Did you find our Death Stranding Mama Actress Guide helpful? If so, let us know in the comment section below. And don’t forget to check out or other Death Stranding content like our breakdown of what DOOMS are.