If you devoured every piece of pre-release information that came out about Sekiro: Shadows Die Twice (like we did) you probably got a glimpse of the Great Serpent. The best gameplay trailers showed that big ass snake slithering through a canyon, presumably intent on eating your fearless main character. Well good news! The game has arrived, and Nerds and Scoundrels has the scoop on how to kill the big monster. Learn how with our Sekiro: Shadows Die Twice – How to Win Great Serpent Boss Fight Guide.

To find the Great Serpent, you will need to head to the Sunken Temple after you receive the Gun Fort Key from Kuro. There is a door directly behind where you fought the claw enemy; open it and run across the bridge. The snake will burst through the bridge, knocking you into the water. When you land, quickly move to the wall farthest to the left and swim into the cave. You will need to hide and evade; don’t engage the snake. Once you are into the cave find the Riven Cave idol and return to Senpou Temple.

After you defeat the Folding Screen Monkeys and obtain the Mortal Blade, it is time for you to take out the Giant Serpent. At this point you should have a new Ninjutsu known as Puppeteer Ninjutsu. This will come in handy!

Fast travel to Senpou Temple and head outside. You’ll see a “rat” sitting by a kite in the air. Slip behind the rat and deathblow it. Deathblow it a second time, which will trigger your new Ninjutsu. This will let the boy fly your kite for you. The kite will show you the path to the snake! 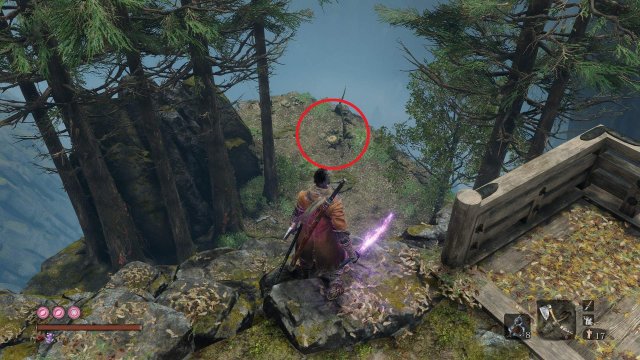 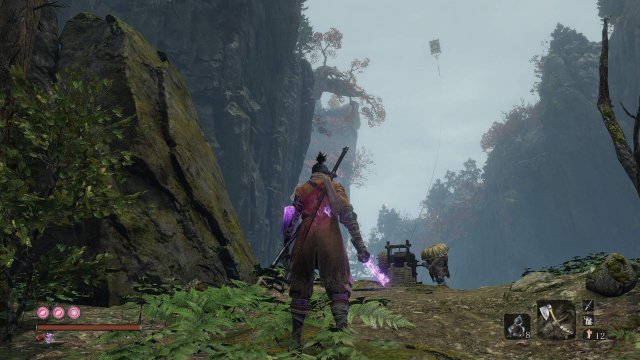 Once the kite is in the air, travel to Monk territory. You will grapple into the build at the end and enter a window where three monks are praying to an undead monster. From there, you should see a large tree. Climb that tree! 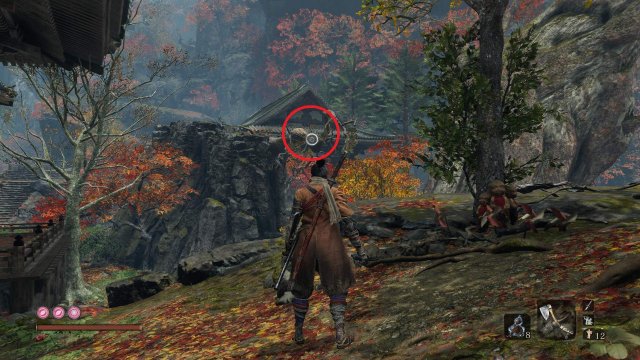 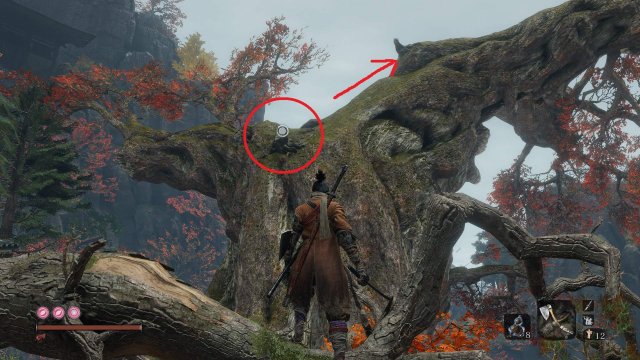 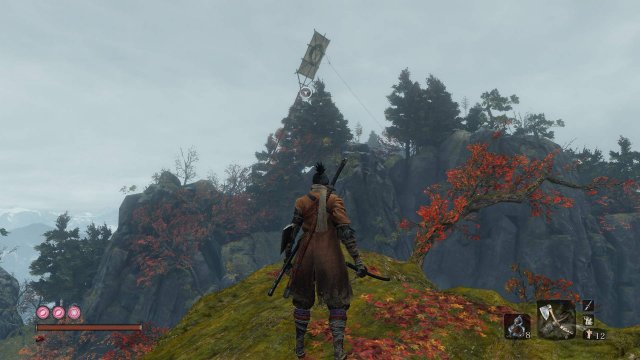 From there you will whip over to a small ledge. Below you, there will be a number of branches that you can grapple onto. Be careful, you’ll be whipping past them instead of actually sticking to a branch. 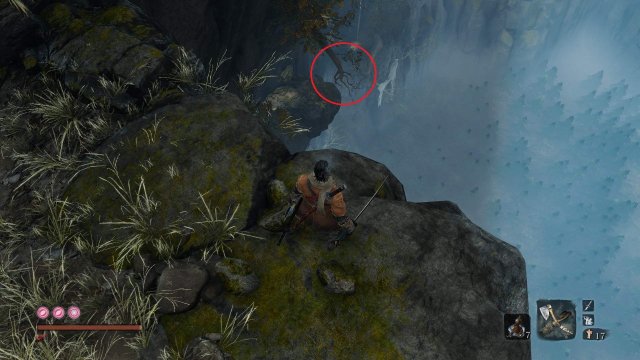 From here on, the journey is easy. Follow the path into the small cave and exit the other side. On the other side, you’ll notice snow and a beam extending from the side of the mountain.  Walk out to the edge of the beam and look down. Hey, a giant snake! 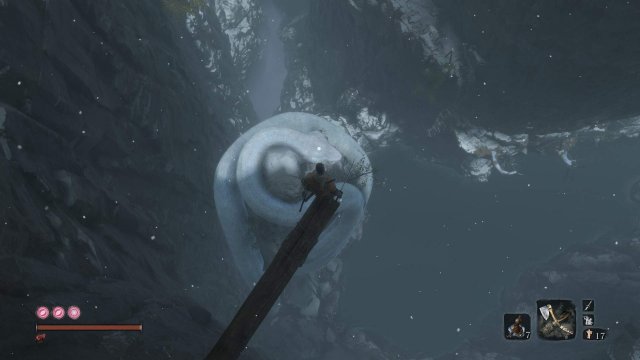 Target the snake and dive onto it like you would normally attack an enemy from above. You will have a cue for a deathblow; take it to stab the Giant Serpent in the head. A second deathblow will kill the beast and that’s that! Don’t worry about the dismount, you’ll automatically land safely after the snake is dead.

And that concludes our Sekiro: Shadows Die Twice – How to Win Great Serpent Boss Fight Guide. Any questions? It’s suprisingly easy to kill this thing as long as you know what you’re doing. If we left anything out, let us know in the comment section below and don’t forget to check out all of our Sekiro: Shadows Die Twice content. Want to see both Giant Serpent interactions in action? Watch the video below!

How to Beat Genichiro Ashina in Sekiro: Shadows Die Twice