There are a ton of races that form due to the union of the elements and the material plane. These creatures tend to feel at odds with the Material Plane, but that does not stop them from making the plane their oyster. The Genasi are an incredibly powerful race in terms of raw potential. The elements have come to life to assist the races of the Forgotten Realms (or whatever world you play on). Of course, they’re going to have great potential! Figure out where to use this potential best in our Genasi 5E guide.

Genasi were introduced in the Elemental Evil Player’s Companion, a free supplement for 5E. These creatures are created during an accident of birth, either when a being is suffused with the power of the elements… Or when a Genie falls in love with a mortal. The latter tends to be more likely, though the material plane crosses with elemental planes more often than most mortals believe. 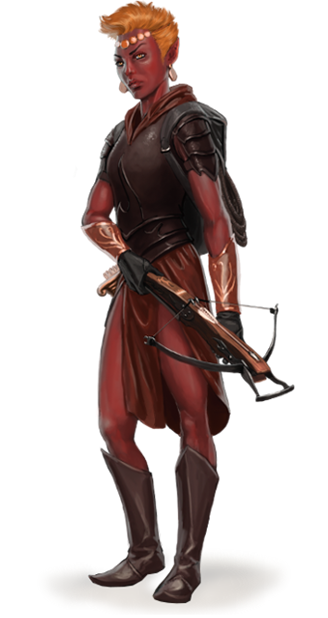 A Genasi tends to be the same size and general shape as the mortal they were born to… And will probably never see the Genie side of their family in their lifetime. However, they often have qualities that are very similar to that parent; a Fire Genasi has red skin and occasionally burning hair, while an Earth Genasi’s skin might be cracked and brown like the ground. Genasi are certainly rarely loved; at times, their mortal parents may not even want them. This forces Genasi to wander, and look for their Genie side.

Despite this oppression, Genasi understand their potential, and see themselves as equaling any challenge. This can cause extreme failure to hit Genasi hard, since their confidence is one of the few things their parents didn’t take away from them.

Genasi are naturally isolated, and this can cause problems for the strange-looking Genasi. Despite their potential and higher than average durability, Genasi are looked down upon. Many Genasi flock to larger cities, where Lizardfolk and Gnomes can easily mask the strangeness of Genasi. However, on the frontier, Genasi find it hard to find a home that can accept them. They might try to find a nice, distant place that most connects with their plane of origin; a Fire Genasi might live near a semi-active volcano, or close to the western regions of Faerun.

Genasi tend to use their mortal parent’s naming convention. Check out our Genasi naming guide for more ideas.

The Genasi can be of many, many different planes, but for statistics they fall into four categories; Air, Earth, Fire, and Water. Each of these are born from a different type of Genie, or are created when the plane they are named after interact with the Material plane in a particular way.

Air Genasi are the most chaotic of Genasi, with lighter colors for their body and with a breathy, echoed voice. Their mood shifts like the breeze, but they tend to go with the flow when unangered.

Earth Genasi have evil blood in their veins, but that does not make them evil. They have a sturdy resolve, and think much before acting on instinct. They may attract dust or pebbles, or their skin might be made of a metallic material.

Fire Genasi are impatient and make snap decisions, and revel in their extremely unique ancestry. They range from having pinker skin than normal to being actually on fire and smelling of brimstone.

The Water Genasi are probably the most selfish of the group, though this is just because they are freedom-oriented. Most Water Genasi constantly attract beads of water, and smell as if they constantly have rain upon them. Particularly elemental Water Genasi might look as though they have constantly floating hair.

Because the Genasi are so universally good, with high Constitution and great stats on their subraces, a lot of classes are in their repertoire.

The Genasi are incredibly strong, and the most durable and flexible race in the game. If you ever want to be the tankiest, non-Charisma-based class in the entire game, the Genasi might be your pick… Though some of the Genasi feel weaker than others, so make sure these guys are your best choice before locking them in.