Can you play Overwatch on a laptop? You bet! Overwatch, Blizzard’s fourth major successful franchise, is a fast-paced first-person shooter that divides players into teams before the game starts. The last thing you want to do in this game is to be the player that keeps his team down because he cannot keep up with everyone else. Fret not, as we here at Nerds and Scoundrels are presenting you with our official “Best Laptop for Overwatch” list.

We understand that laptop shopping can be overwhelming, as there are a lot of numbers and letters that cross your eyes at once. We will help you breakdown that information into something that is easier to digest. On top of that, every laptop on this list will not destroy your savings account; but if you want to keep up with the fast-paced play in Overwatch, you will need a modern laptop that can process at least forty frames-per-second. So let’s jump into our list. 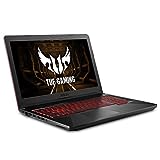 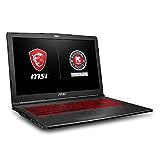 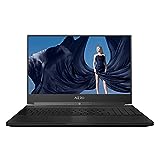 The Best Laptops for Overwatch

Let’s get straight to the point: the GIGABYTE Aero 15X is an absolute beast. Far and away, this laptop exceeds the minimum specs for Overwatch. That’s kind of the point, though: we know Overwatch won’t be the only game you play. This laptop can meet your hardware needs for most games you can throw at it.

The combination of an Intel Corei7 and the Nvidia GTX 1070 Max-Q Edition graphic card can push you above 150 frames per second while playing Overwatch. Another thing that doesn’t look bad? The laptop itself. Forget the gaudy style many gaming laptops are saddled with. The GIGABYTE Aero 15X is sleek, and it weighs in at only 4.62 pounds.

The battery life is solid, offering 6-7 hours of gameplay. Fair warning, the power brick is large and adds to the weight you’ll have to carry. The laptop comes with Full HD, but you can upgrade to a 4K Display for a little more. If you want the best laptop option for Overwatch, this it.

Another computer on our “Best Laptop for Overwatch” list is the ASUS TUF Gaming Laptop FX504. The keyboard on this laptop is back-lit and very comfortable; it is designed with pads on the top, which means it should last significantly longer than the rest of the options here. The display for both models have a 120ms response rate with full HD and IPS technology; the former will have an impact on your gameplay as it will be able to update game mechanics much faster than the average display.

The battery life on this laptop will last five hours, so make sure you are not too far from an outlet if you plan on playing Overwatch for a long period of time. This laptop will heat up quickly, so I recommend purchasing a heating pad to help offset the issue. Graphically, you want to set it up to medium. The screen sits at an awkward angle. Lastly, the hard drive is on the slower side, but you can easily upgrade that as well as the RAM.

Just like another Acer on our list, this Aspire E5 also has an extensive battery life – nine hours to be exact! The graphics card can handle a heavy workload without lagging, allowing this computer to exceed the basic requirements to play Overwatch. Unlike the other Acer, this computer does not split its memory duties between the graphic’s card and the main processor, so you can use it for multiple functions without it affecting your game.

Most of the cons with the Acer Aspire E5 are in regards to its design – the screen’s resting place is in an awkward position, so it will take some getting used to. The sound quality will be muffled as the speakers are tucked inside of the case. The keyboard was not designed with gaming in mind, which means that you will have to make an adjustment in order to efficiently compete. And finally, just the other Acer, this laptop is on the heavier side.

The battery life on this Dell is nothing to sneeze at – it can run for seven and a half hours. This computer comes with a 16GB memory card, which is the best you can find while on a budget. You can easily upgrade it to a 32 GB memory card. The keyboard is backlit, which can help with gaming in the dark. And the processor is an 8th generation core i7; which is the most recent release processor Intel has released.

On the negative side, the Dell G5587 only has 128GB of storage space in the whole unit; not giving you a lot to play with. The quality of the display is okay at best, and the angles of the screen can be awkward; which is something that you can get used to. To get the best out of this laptop for Overwatch, you will have to run it at medium capacity, so it can consistently stay at 80 fps.

The MSI comes with a 16GB Intel Optane Memory card, which can be upgraded to the 32GB version further down the road. The back of the keyboard lights up, which will make it easier to game in the dark. There are multiple storage options, which means there is a lot of room to load other games or to work with.

Unlike the other laptops, the MSI GV62 only has four core. Luckily, Overwatch is not multithreaded, and that negative should not impact your gameplay. It is something to keep in mind for future games. This computer will also heat up quickly, which means you will have to turn on the extra fans designed into the shell. And lastly, the battery life is only designed to last four hours. So you cannot travel too far from an outlet if you plan on gaming for a long period of time.

One of our “Best Laptop for Overwatch” top five list is also one of the most inexpensive laptops that will run the game. While most people are concerned with the size of their laptop, we can certainly deal with a little extra plastic in order to enjoy the benefits of playing Overwatch for eight uninterrupted hours, because that is how long this computer’s battery will last. The Acer Color Blast Technology helps enhances the brightness that is prevalent in the Overwatch world along with the best pixel density you can acquire in this price range.

Unfortunately, the Acer Aspire E15 does have a few negatives. For one, the keyboard is about as basic as it can get. This computer cannot handle intense graphics as well because the graphics card shares the memory with the main processor. The speakers are tucked inside of the computer, so any loud sounds will be muffled. Luckily, all of these issues are resolved by upgrading the components or plugging a new piece into a USB; your user manual will show you how you can upgrade your laptop.

Not sure how to choose the right laptop? Our buyers’ guide is here to help.

While these are the minimum requirements, we suggest upgrading to an Intel HD 520 Graphics Card.

Here are some notes to keep in mind while shopping around for a Laptop to play Overwatch on.

And that concludes the buying guide section of our “Best Laptop for Overwatch” article. If you have any questions, please leave a comment below. Thank you for reading, and I hope you find what you are looking for. Looking for more laptop guides? See our buyers guide for the Best Laptop for Game Developers.