The mountains of Dungeons & Dragons 5E are fairly dangerous. There are all types of horrifying weather conditions, powerful creatures, and even natural hazards. Thus, to live in the mountains, one must be even more strong than your average human or orc. That’s why the Goliath is such a good racial option for anyone who needs it. The Goliath is a natural pick for anyone who wishes to become a mountain of a man, crushing their opponents under the sheer power of the earth. Find out what makes these beasts so cool in our Goliath 5E guide.

Goliaths spawned from the Elemental Evil Player’s Companion. They are grey and rock-colored people, residing in the mountains of the Forgotten Realms. They’ve accumulated to high altitudes and thus don’t mind the freezing temperature or lack of oxygen. No, what they mind much more is the breaking of their isolation. A Goliath tribe that is met by humans or dwarves or any other race will be staunch in their secrecy, and rarely open warm arms to the travelers. That’s because the tribe is so important to a Goliath, and earning a place in a tribe is crucial to their traditions. 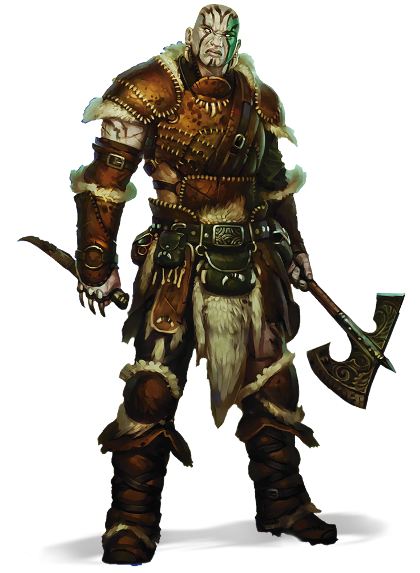 Goliaths are naturally competitive. From a young age, they are taught to be the best they possibly can, since a single mistake from any tribe member can mean a tribe’s death. Goliath children are raised on stories of individual heroes stopping landslides or taking down Rocs; thus, to be a failure in a tribe is significantly worse than death. This causes many Goliaths to continue seeking greater challenges, often leading to many corpses at the front of a mountainous Dragon’s cave.

Honor and glory are important to them, though they understand the importance of money, magic items, or any other environmental benefit. While they enjoy these benefits, a Goliath will still try and ensure that they don’t get complacent; ensuring that you’re an oppressive battlefield force is important, with or without magic. Goliaths are thus meritocratic; they believe the one with the most talent should be leader.

Their competitive nature leaves no room for injured or disabled Goliaths to work. Those who can’t contribute to the tribe are expelled. Often, those who don’t wish to be expelled will die trying to carry their weight. The constant effort a Goliath must put forth means few of them die of old age.

Goliath names are enchanting, and fairly important. Check out our naming guide for more info!

The Goliath is a race that has no races. We suggest making your Goliath as personable as possible, but all Goliaths (without DM permission) have the same statline.

The Goliath was built for one thing, and one thing only; frontline beefcastling. So, the question is, what classes do that the best?

The Goliath tends to be one of the more simple races to build, but they have a rich history and a ton of strong tanky class features. This is a great race, especially if you wanna beat face!