Flea Madness is a colorful and fast-paced multiplayer survival game where you are an alien flea
belonging to one of two classes – the Tentaculas and the Slobbers. Both of these clans have arrived on
this mysterious planet with one objective in mind; to eat everything in their path. And now that all of
this planet’s inhabitants have been devoured, there is only one dish remaining – other bugs. 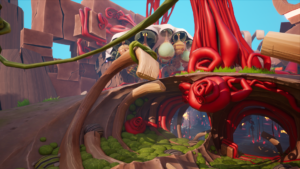 Flea Madness gives us a colorful, open-world map that you can explore with your fellow fleas;
consuming everything else in your team’s path. The species you choose determines the type of game

you are going to play – the Tentaculas are agile, and the Slobbers rely on their “sticky liquid” to catch
their prey.

Both clans have been developed with the specific purpose of being a destructive weapon; using their
abilities to devour your enemies as well as the innocent food bugs. The innocent food bugs will either
make you stronger or make you weaker; there is no telling what the condition will be until you swallow
the creature. You can be invisible one moment than have no idea how to operate your controls the next.
And remember to keep moving, or else you could be your opponent’s dinner; losing all of your
modifications in the process.

Hit up the Devs

Developed and published by Missset, Flea Madness is designed to be an immersive experience with
it’s fast-paced combat system, open-world map, and colorful surroundings. It is currently being tested
on Steam with the purpose of being available for play on Windows and Mac OSX. You can get more information about the game on website and their website. You can also follow them on Facebook, Twitter, YouTube, and Instagram. You can also chat with the devs on their own discord!