While most dragons are deceptive tyrants who wish for nothing more than wealth, there are some you can ally with in Dungeons & Dragons 5E. To represent that, the Drakewarden Ranger exists! While Drakes aren’t quite dragons, they are close representations; capable of flight, dragon breath, and with incredible elemental affinity, drakes are as close as people can get to dragons without needing to earn centuries worth of trust. As a Drakewarden, you are going to be allying with your scaled friend to take down foes. So, thanks to Fizban’s Treasury of Dragons, we can now make our Drakewarden 5E guide.

The Drakewarden is by far the most potent of the Ranger’s multiple “pet” archetypes. The Drake is incredibly tanky with great saves, it can assist in attacks with a great reaction, and you can summon it by spending a mere spell slot. The Drake’s damage is frankly quite low compared to the Primal Companion and a Beast’s Multiattack. But, it more than makes up for it with crazy utility and scout potential.

To start, we get some incredibly minor benefits.

Thaumaturgy as a forced-known cantrip is almost exclusively for roleplay environments. Thaumaturgy has nearly no use in combat, unless the player is extremely creative. Out of combat, Thaumaturgy has the chance to shine as a fairly unique and varied utility cantrip. It’ll still need some creativity to use to its fullest, but you can now use magic at all times. Nice! Rangers don’t usually have cantrips to play with, so some magic is much-appreciated.

Draconic is a great language, but gods have mercy if the ranger is the one who has to talk with dragons! If nobody else can get Draconic, then you can act as a translator. However, once your spellcasters get to level 3 or so, the party will no longer need languages to be effective during conversations. 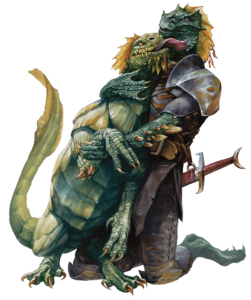 Thankfully, you have more than a few level 3 bonuses! At level 3, you are able to summon your drake companion. And that’s right; you summon them!

So, how it works; you get 1 free summon of a drake per day. When you summon it, you can choose Acid, Cold, Fire, Lightning, or Poison. This is its Draconic Essence, and its abilities rotate around this essence. This drake lasts until it dies, until you summon another one, or you die. If you want to summon another one, you can spend a spell slot of any level to do so.

This drake is a pet. It acts on your turn. It can move and use reactions by itself, and will dodge automatically unless a Bonus Action is spent to let it take an action.

The Drake has 40 ft movement speed, Dexterity and Wisdom save proficiency, is immune to its Draconic Essence damage type, and has impressive AC. Its health is relatively low, as is its damage; 5 x Level for health, and 1d6 + your Proficiency Bonus for damage. However, as a reaction, it can add 1d6 damage of its Draconic Essence damage type to a target. At minimum, this thing deals an average of 3.5 elemental damage per round! And since it attacks as a bonus action, it works perfectly for builds like Longbow or two-handed weapons. Get those big numbers and then have your pet nibble ‘em!

In general, this thing is pretty tanky. Dexterity and Wisdom are great saves, 5 x Level is acceptable health, and 16 AC to start is acceptable. It gets up to 20 AC, which is relatively good for a pet. Immunity to one source of damage is stellar as well! You can make this thing tank fire elementals with ease.

Unfortunately, the Infused Strike reaction has poor synergy with its Damage Immunity. Against a lot of creatures with natural elemental damage, this reaction will be useless. Against wizards and their servants, this’ll be much more effective, while keeping your beast safe from fireballs.

The Drake might be the best baseline companion, though the Primal Companion options are all exceptionally good. It will take a while for the Drake to show its true power. Once it does, this archetype will really shine.

Bond of Fang and Scale

At level 7, we get small improvements to efficiency.

To start, your Drake now has 40 foot flight.

You can mount your drake as long as you’re Medium size or smaller, but that takes away the Flight speed that the drake would otherwise have.

The Drake’s attack now deals another d6 worth of its elemental damage.

Finally, while your drake is summoned, you gain resistance to its Draconic Essence damage type.

These are some solid upgrades! With 40 foot flight, your Drake can chase down enemies without you needing to leave the ground. While the Drake itself isn’t the world’s best antimage, the pressure it can apply to a flying target isn’t worthless.

Especially now that we do 2d6 plus proficiency bonus! That’s a solid 10 average damage at your level, as a bonus action. Its accuracy is starting to leave much to be desired, but it will still land some hits with decent consistency. Not a bad bonus action to have!

You can now benefit from its durability, which is nice. Also, you only gain resistance, but that saves an Attunement slot. You and your drake should be the correct element when assessing a combat scenario, after all.

The mounted benefits… are kind of neat? Mounted combat is hard to pull off successfully in 5E. The good news is that your Drake is Medium, so you don’t have those awkward moments where your Mount needs to squeeze into 5 ft spaces. The bad news is that your Drake loses Flight. You’re replacing one of the strongest movement and pestering options in the game with… giving yourself 10 more feet of movement speed. A bit selfish! Depending on your DM, you might be able to give it the Dodge action while still letting it attack? But that should not be your expectation. Only consider this if you really want to give the Mounted Combat feat a spin.

Overall, fantastic level up bonus with only one very fringe benefit. By now, your Drake should be active 100% of the time, so keep your dragon buddy happen!

Rangers don’t have too much trouble with area of effect fights. Some of its spells do good for cutting through enemies. But, this is the closest that a Ranger has ever gotten to having the spell Fireball. That’s worth something! And you can have your Drake cast it, so you don’t even need to put yourself in danger to make it work.

Good versatility with pretty stellar damage for a Ranger. It takes your full action, but against multiple enemies, it is well-worth it. Ranger’s higher level spells are great, but few of them can match the raw damage of 8-10d6. Use this during encounters with high enemy density, or if you think your 10d6 damage can hit a good vulnerability.

Like level 7, you get a handful of minor benefits.

First, your drake’s bite does 1d6 more elemental damage, for a total of 2d6 elemental, 1d6 normal, and PB modifier.

Your Drake is Large, and can fly with you mounted on it.

Finally, as a reaction, you can give you or your drake resistance to an instance of damage. This reaction can be used a number of times per day equal to your proficiency bonus.

Good buffs, don’t get me wrong, but nothing incredible. Another 3.5 average damage to your attack is good, especially when you’re the one determining the element. This is good for enemies with Vulnerability, as your Drake can hit fairly hard.

The Large size is good for making your drake annoying in combat, but it’s not exactly a hard buff. It’s harder to bring your drake underground, and it can get in the way of your allies more often. It’s also harder to avoid for Area of Effects. However, now your Drake can replace Winged Boots for permanent flight. That’s an extra attunement slot for your Ranger, as long as you have a half-decent saddle.

The reaction is obviously great. You get to decide when to apply Resistance, and you can choose to apply it to yourself or your drake. That’s good versatility, and can help your Drake tank surprise damage from strong magic. Considering your drake is a melee fighter, this’ll keep it alive much longer. However, its limited uses keep it from being totally busted. It’ll keep the drake alive for a few fights, but not forever. Make sure you choose a good element for each fight.

Drakewarden Rangers must focus on the main damage stat of the Ranger. Usually, this is Dexterity, allowing you to use a big ranged weapon to hammer your enemies. However, a Strength-based ranger can use a Greatsword and the Defense fighting style to fight alongside their drake. Wisdom is important as well, since it’ll determine your DC for the breath weapon. We’ll suggest one race for each build style.

The Kobold, introduced in Volo’s Guide to Monsters, was buffed alongside a few weaker races in Tasha’s. These little fellas gain a mere +2 Dexterity, missing out on a +1 to Wisdom. however, they have quite a few upsides! While they can’t wield longbows, they gain Pack Tactics, allowing them to have advantage on attack rolls as long as an ally is nearby. Your Drake is an ally! This counters your Sunlight Sensitivity downside, since advantage and disadvantage cancel each other out. It also means you obliterate enemies in darkness. With Grovel, Cower, and Beg, you can allow your Wizard to gain advantage on attack rolls with spells like Disintegrate, too! This is all-around a strong build, with fantastic flavor!

If your goal is to follow your beastie into battle, then a Centaur might be it! In the Guidmaster’s Guide to Ravnica or the Mythical Odysseys of Theros you’ll find them. With 40 feet of movement speed, +2 Strength and +1 Wisdom, natural attacks, and a downside involving climbing, you can benefit quite a bit by having a companion by your side!

Conclusion – Our Take on the Drakewarden

The Drakewarden is probably the strongest companion class. Drakes seem insane, and you’re not spending every level up giving minor improvements to your Drake’s power level. The only thing its missing is magical natural attacks, but a DM can argue that it gains those when it gains the d6 elemental damage on its attacks. Even if they don’t rule that, the Drake is a powerful support ally with great pestering power. Use it wisely and you’ll bring your enemies down easily!