The king of martial combat. Arenas, armies, bar rooms, quarries… All areas fall under the trained sword of the Fighter. This class is simultaneously the most dangerous beast in the game, and a laughably easy-to-beat foe in a fight. Without magical solutions, a Fighter can be the laughing stock of a given combat encounter. That is why magic items are so important to the Fighter. This guide will tell you some of the Best D&D 5E Fighter Magic Items that you should dig for, and inspire you for the future.

Fighters have a gigantic pile of weaknesses. Damage is the only thing that they have going for them; they need to be able to consistently get to an enemy without getting mind-controlled or thrown into a pit. They also need to be able to take the most damage for most party compositions, so keeping up with armor is critical. Magical items that make them useful outside of a fight can be pretty great. Finally, they must stay on track with weapons. A Fighter makes the most use of weaponry, so make sure you’re getting +1, +2, and +3 Weapons of your prefered build type.

The Fighter suffers a lot due to its natural Strength and Constitution save proficiency; it is very weak to damaging magic and magic that takes control from you. So, getting items to resist magic is going to be critical. A Cloak of Resistance or a Mantle of Spell Resistance are – by default – extremely good. Eventually, you’ll want to get a Ring of Spell Turning or a Scarab of Protection to help you in harder fights and let you be a bigger threat. No matter what, make sure that your mind is protected from Dominate Person by the time that spell gets common.

Dwarven Plate might seem simple, and it is. It gives you a boon against getting pushed around, sure, but is that worth losing +1 AC compared to +3 Full Plate? Well, that’s somewhat up to you. For most Fighters, the 21 base AC is probably better. However, for melee fighters, you’re going to want to stay in range of your target. Don’t let a basic shove let an enemy get away scott-free! Stay on them with armor that forces your opponent to deal with you. 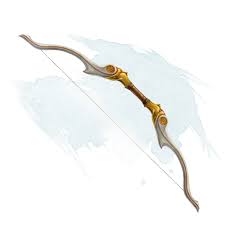 The Oathbow is a weapon with a few problems. It essentially forces you to use it on activation, and it doesn’t start with any basic numerical enchantments. However, by choosing an enemy once per day, you get permanent advantage and a permanent 3d6 bonus damage. Per shot. On the class that can shoot 4 times. That’s a lot of damage! And, thanks to the Archery combat style, you don’t really need the numerical enchantment nearly as badly.

If you have a shield slot open, you have a few shields to consider. The Sentinel Shield is probably the best of all of the basic magical options. A bonus to Initiative is a god send for a Fighter. This shield will make it more commonplace for you to run into a fight and put yourself right in the face of your enemy. Or, you can get an incredible Action Surge turn that immediately puts the momentum on your side. All thanks to an early turn with advantage!

As a Fighter, you have 4 attacks to critically hit with. That means you have 4 chances for Vorpal Sword to work! This is a weapon you won’t see until level 18 or above, so until then, look for swords or weapons that deal extra damage on a critical hit. These are especially good for Champions, who have the bonus critical hit range! Vorpal should be your final destination, since it adds a minimum of 6d8 extra damage on a lucky swing.

Alternatively, the Luck Sword might be for you, if you find yourself missing consistently. Wish is also pretty good.

For melee fighters, you will need flight eventually. Having to sit out of a fight because a caster flew 20 feet in the air is humiliating and unfun. So, meet them in the air by using a magic item! These are Uncommon too, so it solves your problem without being inherently hard to find. 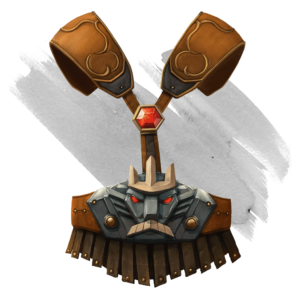 Does somebody need Strength? At maximum level, these belts give you 29 Strength to work with. That’s a +9! That’s a huge boost in accuracy and damage for melee builds. Exactly what melee classes need to reward them for having to close the gap. Fight hard for these; you hit the most out of every class (well, those that use Strength). You make great use out of these.

As an emergency retreat button, the Fighter has a few options; the Portable Hole, Cubic Gate, Cube of Force… But Daern’s Instant Fortress is both hilarious and very useful for you. It has 200 health to work with that is difficult to blast through. You get arrow slits and a ladder that you are in control of. You are suddenly on the home field advantage, with bonus actions to maneuver around. Oh, and hilariously enough, you can use it to deal 10d10 damage to an enemy by placing it down. Area of effect option?

Bring the boys to the fight! Use this horn and retreat to summon an army of angry berserkers that can ruin an enemy’s day. Against a huge monster, having up to 25 buff guys beating you up is going to hurt… Even if they’re relatively low level. This horn is weak to late-game Area of Effect, but these guys can still do a lot of damage before returning to Ysgard.

This is a consumable magic item that heals 2d8+4 as an action. Why should the fighter have this, you ask? Well, the Fighter has access to Action Surge, which means they can strike a foe, get out of dodge, and heal the Cleric or Druid. That means the Fighter can save the day without sacrificing damage, keeping the party safe by using a resource. Unfortunately, there is no real way to have a permanent magical item to heal a target without being a spell caster.

The Fighter has a ton of problems, but Magic Items can help them out immensely. Melee Fighters should prioritize items like Winged Boots to help them get close, while Ranged Fighters can gather utility items while getting the damage they need to take out priority targets. Cover your flaws, and let your incredible damage and action economy decimate your enemies

Blade of Disaster 5E | Rime of the Frostmaiden Spell Breakdown